I picked my 8" telescope  in 2005, a short year after moving to North Carolina. My interest was and always has been planets, but in between planet apparitions I picked up a DSLR camera to photograph my kids in 2006 and decided to try this deep sky photography thing.

Taken from All images are mine starting with M16 in September of 2007 and ending with M79 on January 18, 2015. Yes, over 7 years of waiting and patience. Most of the images are not print worthy, but are all mine and I'm proud of each one. It's a find, a learning experience and a collectors dream. Sometimes you learn how to organize your data. Once I photographed the three open clusters in Auriga and then proceeded to label each one. I labeled the same cluster with two different names thinking they were different photos.  Then when I found out I made a mistake many months or a year later, I couldn't tell you which was which. So I then found out about plate solving like Astrometry.net, AstroTortilla and later Elbrus.

Initially my efforts were around using my planet cam and then the DSLR.  In 2009, I picked up a Celestron CGE to build my planet killer +Akule  Initially I put a previously loved 6" Schmidt-Newt on it for my Canon XTi and some deep sky trolling.  My Canon XTi was a great camera and when my father, a great photographer, gave me a gift of a Canon 7D my deep sky hobby really took off, even with my 14" Newt.  After that I got an off axis guider and even branched out into asteroid observations when Eros came around in 2012.  Some side notes about this professional and amateur collbrations with Dr. Pamela Gay are found here http://astromaphilli14.blogspot.com/2012/12/2012-solar-system-mashup-venus-year.html and here http://astromaphilli14.blogspot.com/2012/02/asteroids-eros-and-tyche.html

The bug for minor planets and faint fuzzies hit hard in 2013 and I added an SBIG STF-8300M to the mix.  Now I'm shooting down to 20th magnitude and finding things BILLIONS of light years outside our home planet Earth.  FROM MY DRIVEWAY in suburban North Carolina.

Here's a clickable chart - http://maphilli14.webs.com/mike-s-deep-sky-photos  I may have some errors in the chart, so verify all of my objects here (https://docs.google.com/document/d/1TZa2d7SDNlXQXiofTL-xEix4OrmxTpYGyIf81racWpE/edit?usp=sharing)
If you click the icon it takes you to the image, if you click the text it takes you to a solved link as proof!

With soft blue labels at 4k-sized res for your desktop! - http://i.imgur.com/NpSgnVi.jpg 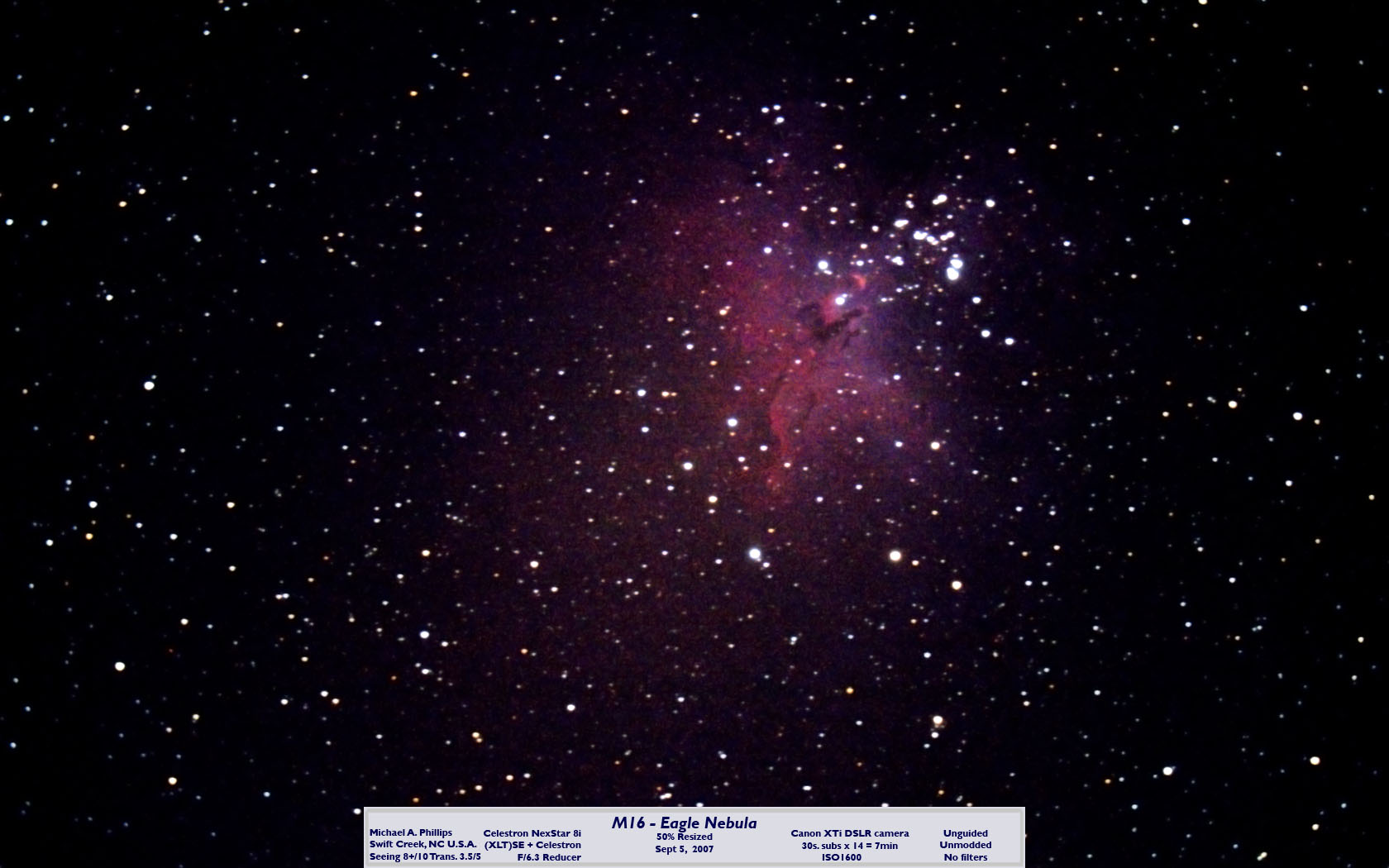 I would love to redo a lot of them, perhaps my long time favorite was M51 with my XTi and 6" schmidt-newt 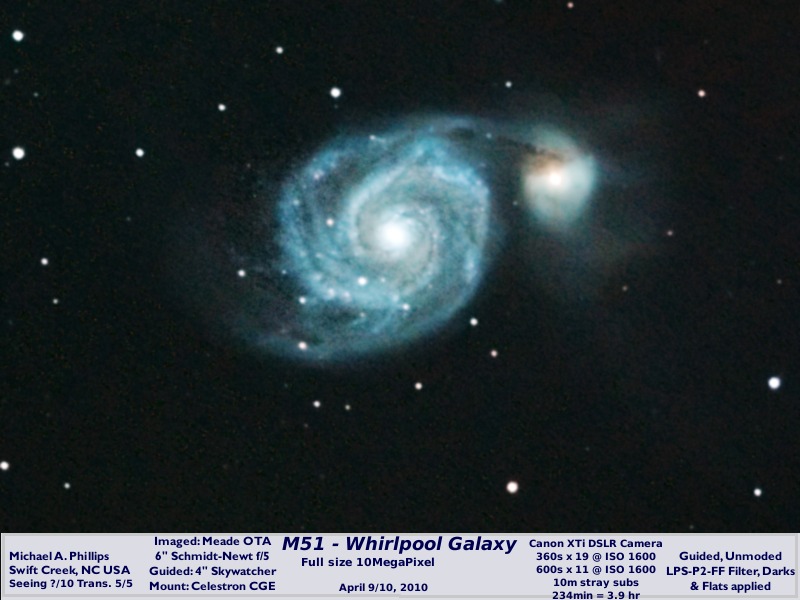 My current favorite is probably is either M33 or M20

both need work but I can't pick.  I love the contrast in color of M20 but I'm a HUGE fan of galaxies Thanks and clear skies