I'm the proud DIY'er who made a solution to monitor the whole night sky in an automated fashion by following Thomas Jacquin's Instructables DIY (https://www.instructables.com/id/Wireless-All-Sky-Camera/) project. Not only did he publish the h/w steps but he's got a killer github repo too (https://github.com/thomasjacquin)!

Here's the whole article on my process and methods - http://astromaphilli14.blogspot.com/2019/03/my-diy-astropi-allsky-system.html

Heat on the roofline, where I mounted it, and lack of cooling within the allskyPi forced me to get a creative solution to run properly at night and shutdown when the core cpu temp gets too high.

Shutting a Linux machine like a RaspberryPi is trivial but I'm as thorough as I can be and since my Pi is PoE powered, I wanted an extra layer of assurance. 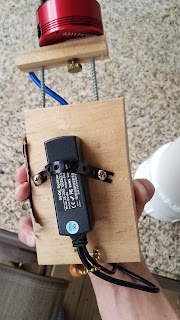 I also power my PoE adapter via a Cisco IOS Switch, which has a cool feature called 'Energywise'  this allowed that admin to set a schedule of when to power off at a set time of day.

Shutting the Pi and then 5 minutes later powering off the PoE works fairly well if your clocks are synced.  Syncing clocks is again trivial but because I shut the device based upon the heat the sun provides, guess what problem comes next?  Yes, season variations are at play as my sunset time in winter at 5pm versus 9pm in summer means that I'm potentially missing out on some nighttime observation.

So instead of statically setting the energywise time as in the following example:
!
interface GigabitEthernet1/0/5
description Gi1/0/5 - PubVC - AllskyPi
switchport access vlan 491
switchport mode access
energywise level 10 recurrence importance 90 at 4 20 * * 1-7
energywise level 0 recurrence importance 90 at 51 10 * * 1-7
spanning-tree portfast
!
Which power's up the Pi at 8:04PM localtime and powers off at 10:51AM, I can, using a script that runs on the Pi execute the following logic:

Finally the script is on my Github page -  https://github.com/maphilli14/allskysuppliments
Posted by Michael A. Phillips' Astro and related blog at 1:26 PM 1 comment: