Planets x3 as the weather moves from Winter to Spring

As the North Carolina weather moves from dry, large temp swings winter to the warm, moist and hazy spring I found a spell of settled weather the days of May 7th and 8th.  Starting with the 8th in this post I observed Jupiter, the Moon, Mars and Saturn.  The first time I've had three major planets in a single night in many years!


Jupiter - not too shabby for being low and late in the season. 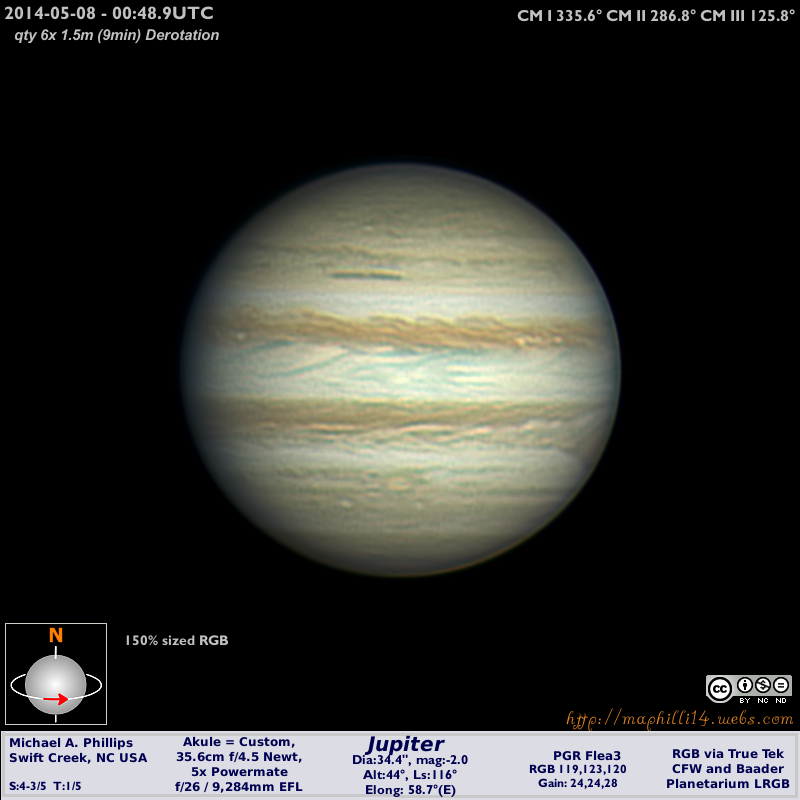 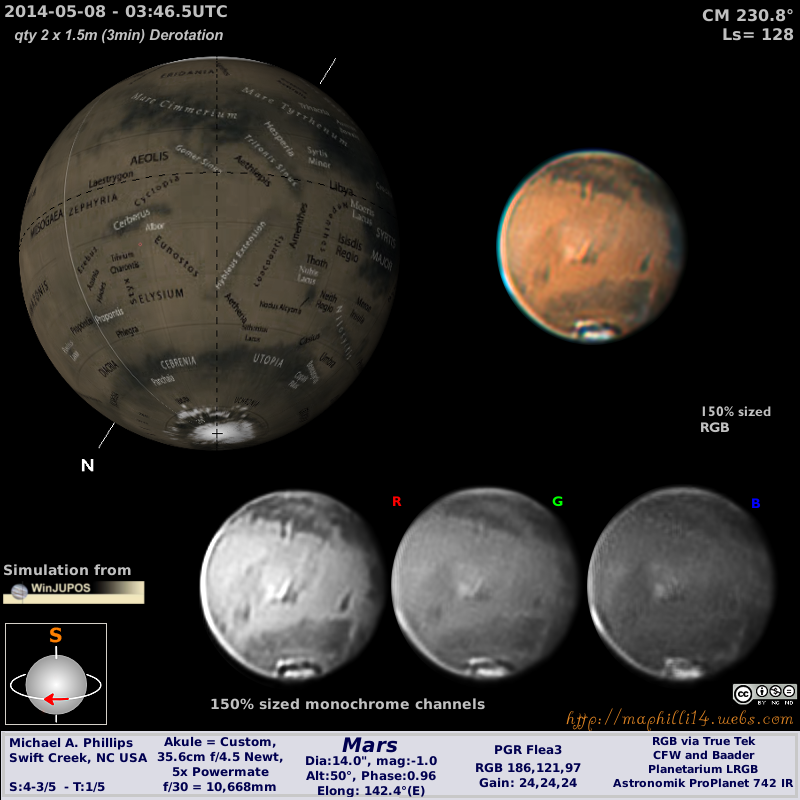 and the mighty Saturn sporting a 20 degree ring angle! 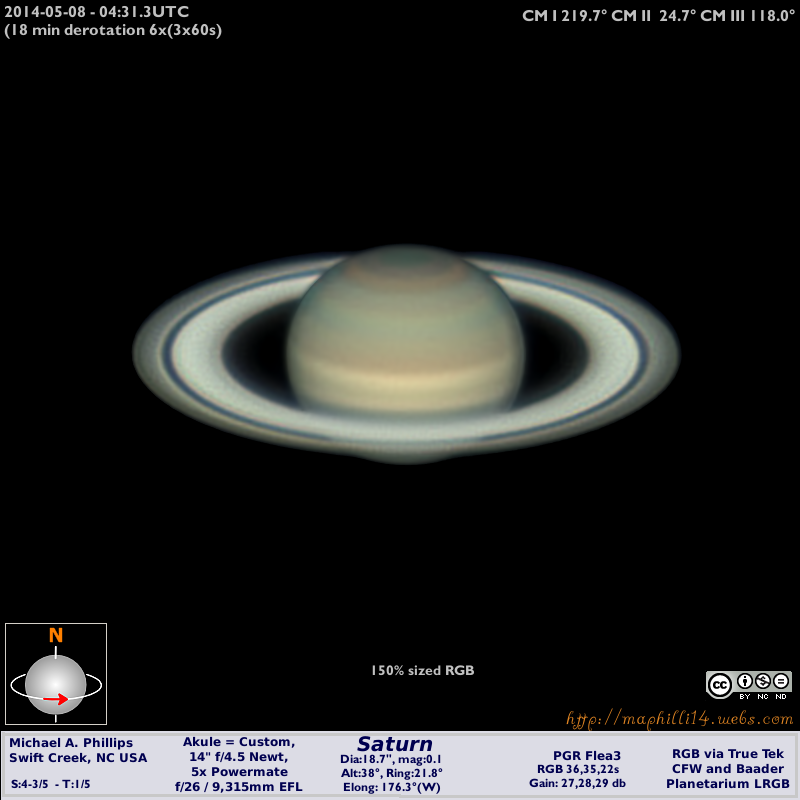 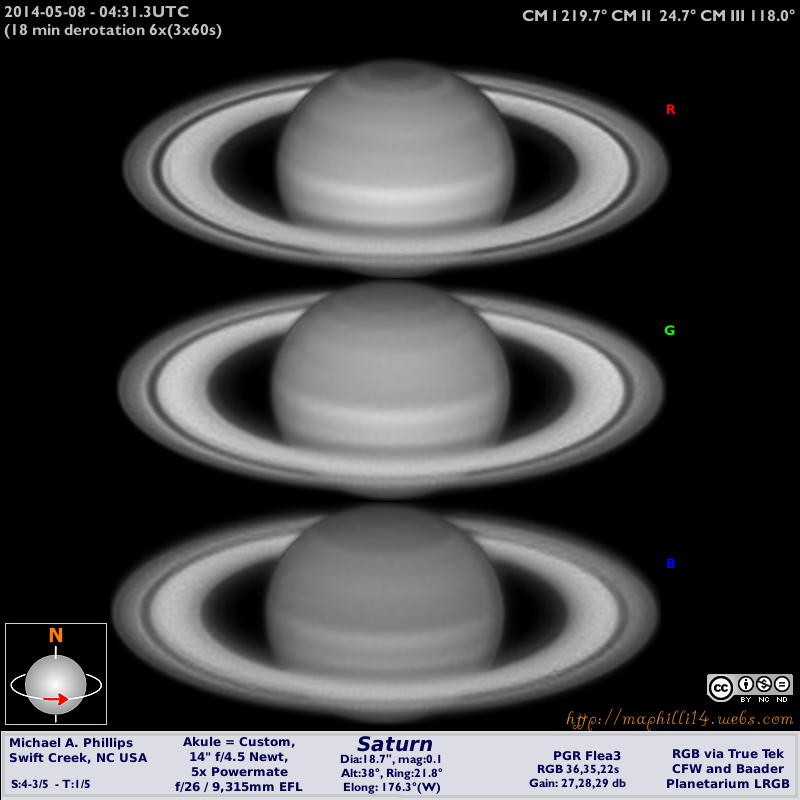 Mars' animation of nearly 1 hours worth of rotation 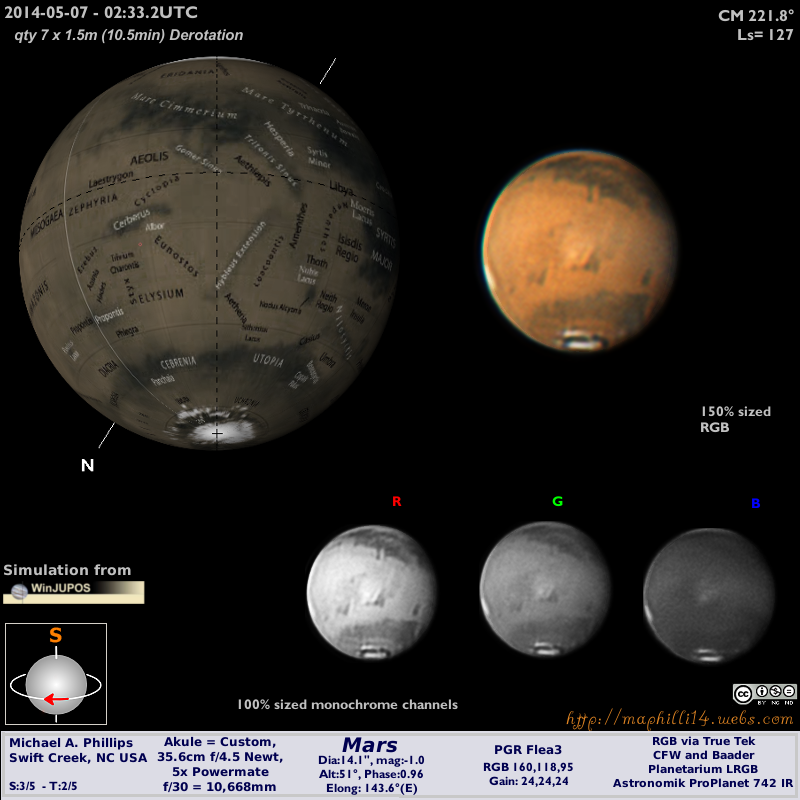 And finally Saturn from the 1st night! 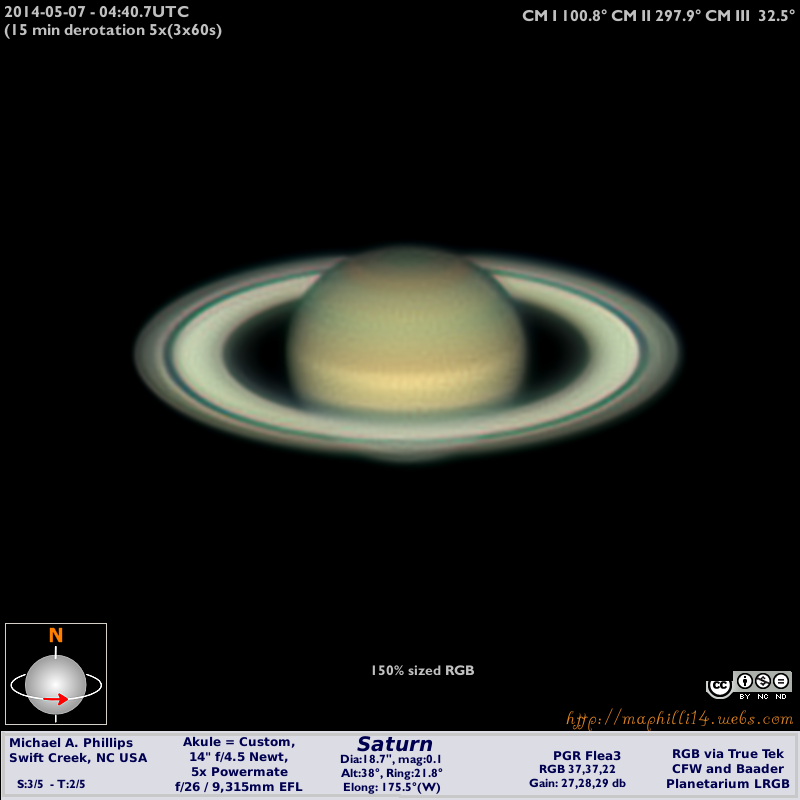 More of my Astronomy work on the main page: http://maphilli14.webs.com/

Also these images were assembled in an automated fashion with some custom scripts in sikuli and python.  The total time in the stacking program AutoStakkert2 and the sharpening program AstraImage is seen in my Resucetime stats for the week: 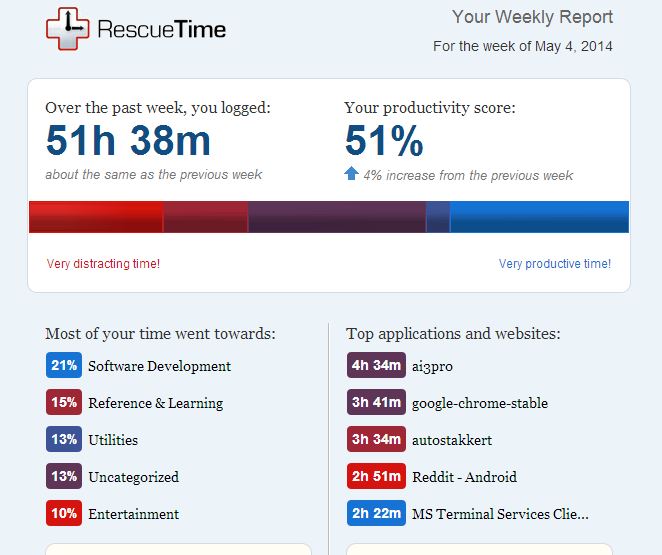 4h 34m of automated AstraImage stacking and 3h 34m of AS2 stacking = 8hrs and 8min of time back in my life instead of babysitting mundane programs that made me bored out of my mind!  ;)  Yay for automation!  Basically it frees me up to surf reddit on my cell phone!  haha!
Posted by Michael A. Phillips' Astro and related blog at 1:30 PM No comments: