Hi, I’m Razor9604 on Xbox and here’s my story of how I went from a 0.72 K/D in year 1 to above 1.0.
First the background.  I’m a happily married, father to four, school aged children.  I used to be a console gamer, back in the ages post Atari 2600.  I had a paper route and got to upgrade to a Sega master system when my brother and I picked a used copy of Phantasy Star.  I played 2, 3 and 4 on the Sega Genesis and was very much hooked on Sci Fi, space travel and astronomy.  Gaming took a back seat to college and work life but I mostly dabbled in PC gaming but nothing very serious.  I had a good coworker who suggested I pick up a discount copy of Halo1 to play some online PvP with him.  It was great fun and LOVED the story line VERY much.  Around that time my wife and I started having kids and it wasn’t until the youngest was coming out of diapers that I said I would get back into gaming.  I very much wanted to finish the Halo story line and picked up and Xbox One for the Master Chief collection.  I filled out my Xbox order with EA sports games NHL and Madden, Call of Duty as well as Destiny.  I never did get Master Chief but something about that live action advertisement with the Led Zeppelin song really caught my eye, they were one of my favorite bands.  Destiny sat on the shelf well into November 2014.  On November 12, I put the game in and called the kids (https://www.bungie.net/en/Legend/PGCR?instanceId=789785154&characterId=2305843009249336792).  That opening cinematic with Mars was SO eye grabbing!  I mean my addiction to astronomy was deep enough that I built my own telescope ( http://i.imgur.com/LIY3ZSP.jpg ) and dream of stepping on Mars all the time!  Look at some of my photos of Mars here http://maphilli14.webs.com/mars – and one of my favorites.
http://i.imgur.com/VLDw9EZ.png 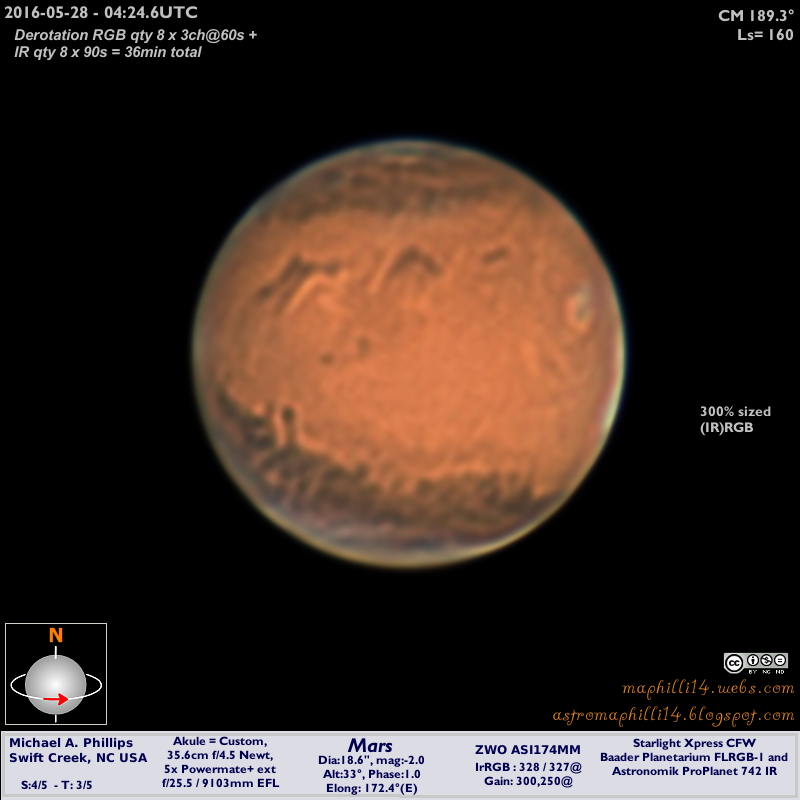 After the opening cinematic the style and theme of Destiny was VERY much in line with Halo, they share a common heritage after all.  I very much enjoyed playing solo, I had no Xbox live but combing through a possible future’s lost past in the Cosmodrome was great fun.  Shooting aliens and getting loot was awesome.  What hooked me the most was the patrol free play.  Being able to roam around with no linear constraints of story telling was quite liberating.  I remember the terror I had stepping on the moon for the first time following that long path in the lunar soil on foot battling over achieving vandals!  What really grabbed me was the descent towards the "Temple of Crota." when between the rocks I noticed the shadows creeping across the rocks.  It was then I looked up to see exactly what the scientific part of me expected to see, a dark, starry sky in the middle part of the lunar day.  That was it, I couldn’t wait to play more, I was VERY hooked!
The upcoming release of the first DLC, “The Dark Below” and lack of Xbox live, locking me out of specific activates, I did it.  I bit the bullet and got Xbox live, joined a clan and began to forge new friendships, diving deep into the Hellmouth for endless wipes on Crota, grinding for gear and sharing life experiences while we waited for the heavy ammo glitch is now deeply a part of gaming Mike.
So now I have a forever level 33 hunter and I let my oldest two create other characters of their liking, as long as one picked a titan and the other a warlock.
Flash forward and I’m a Level 34, kids are doing all the strikes, stories, ranking and PvP on the titan and warlock, those were their characters.  I owned the hunter and they never played it much so all the stats in crucible like my 1st game - http://guardian.gg/en/pgcr/1029713229

Even after I started to get legendary weapons my gun skills were well out matched.  My love for the game carried on.  I did the entire y1 Thorn quest with a blue, void shotgun, which if you recall, dying made progress go backwards.   At the time of the end of Y1, when “The Taken King” was coming out, I had over 500 games on my hunter and poor 0.72 K/D:

I played a lot of Iron Banner and as of the end of Year 3, I still have a lot of Y1 gear in my vault.
http://i.imgur.com/YeBQRwL.png 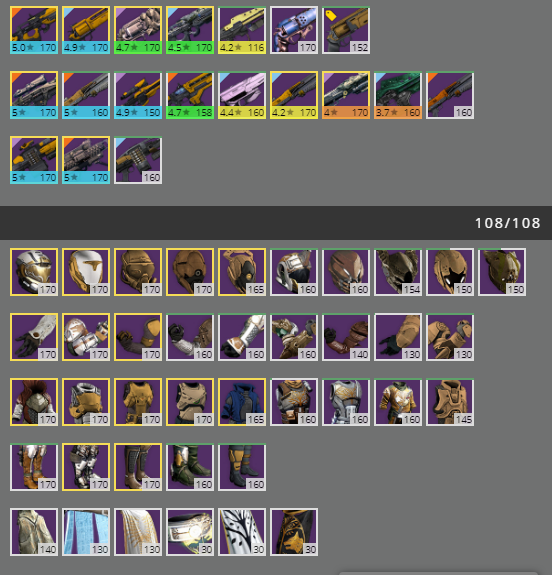 When Trials of Osiris came out in Y2, I tried and ended up realizing that I’m just not that good.  I found some sweaty team mates that helped me get all the Y2 trials gear, you know back when it went on rotation not RNG.  Still, trials left my empty and for some strange reason my way of getting better was to dig myself out of a 0.72 K/D and I set a goal as 1.0 or nothing.  My initial projections in a spreadsheet put me at a 1.4 k/d per game and had me a many hundreds of games to make it out the pits.
I have been making charts, like the one above, to help plot my progress.  My routine is this:

So the long and shot of it is, I did it!
http://imgur.com/n2Ietvf.png 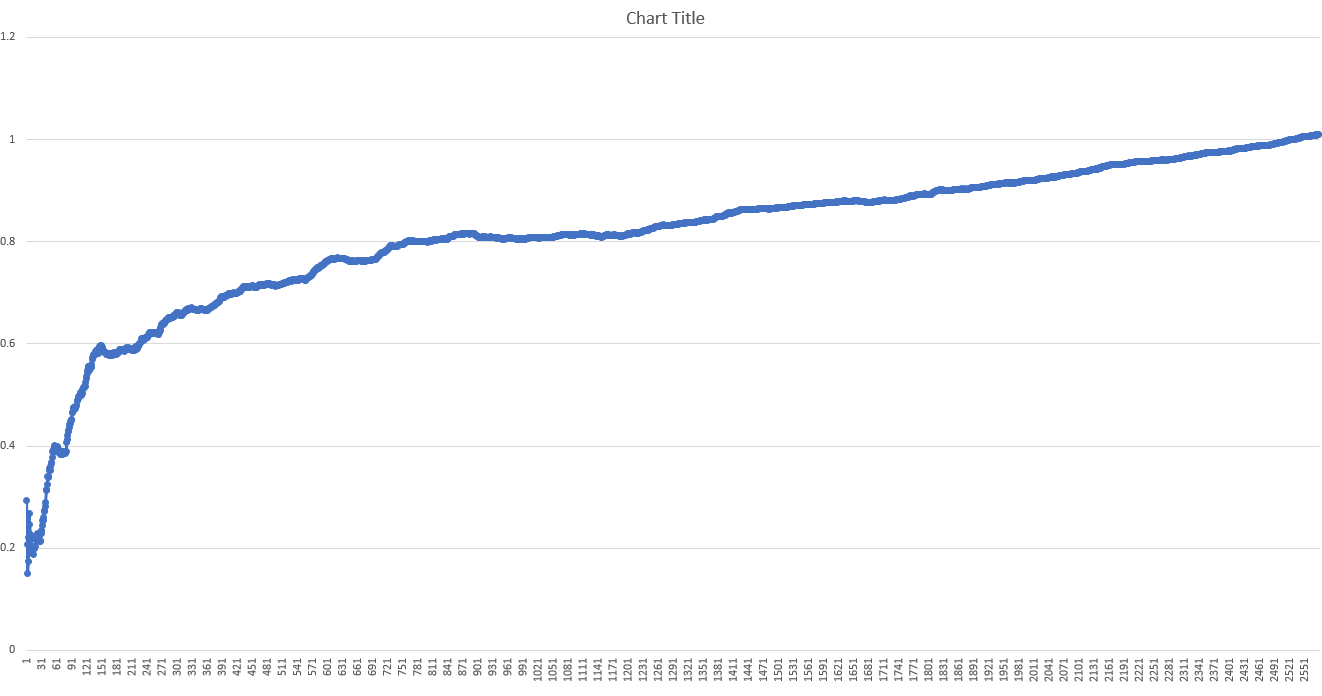 Here’s the last two years without all the cruff from Y1 cluttering it up.
http://i.imgur.com/PwmzWl0.png

There’s countless clannmates, friends, forums and subreddits that I need to credit along this long way.  You know who you are and you’ll be in my heart and memories as long as I have them.  I love you all and this game and I’ll see you in D2!
Posted by Michael A. Phillips' Astro and related blog at 9:36 AM No comments: