I can sit and complain about clouds being so bad this year all I want, but the fact of the matter is 2014 was a great year and I'm blessed to spend it with my friends and family!

Spanning from January 4th to December 30th (Never give up!), all photos are mine, including the Earth and all taken within the calendar year of 2014.

While last year was the year of the comet with 4, this was the year of the asteroid for me with over 12.  I say over 12 because as I learned to hunt these tiny and faint things amidst the stars I found some images of poor quality and sometimes iffy results.


Here's the high resolution version on imgur as google shrinks it. 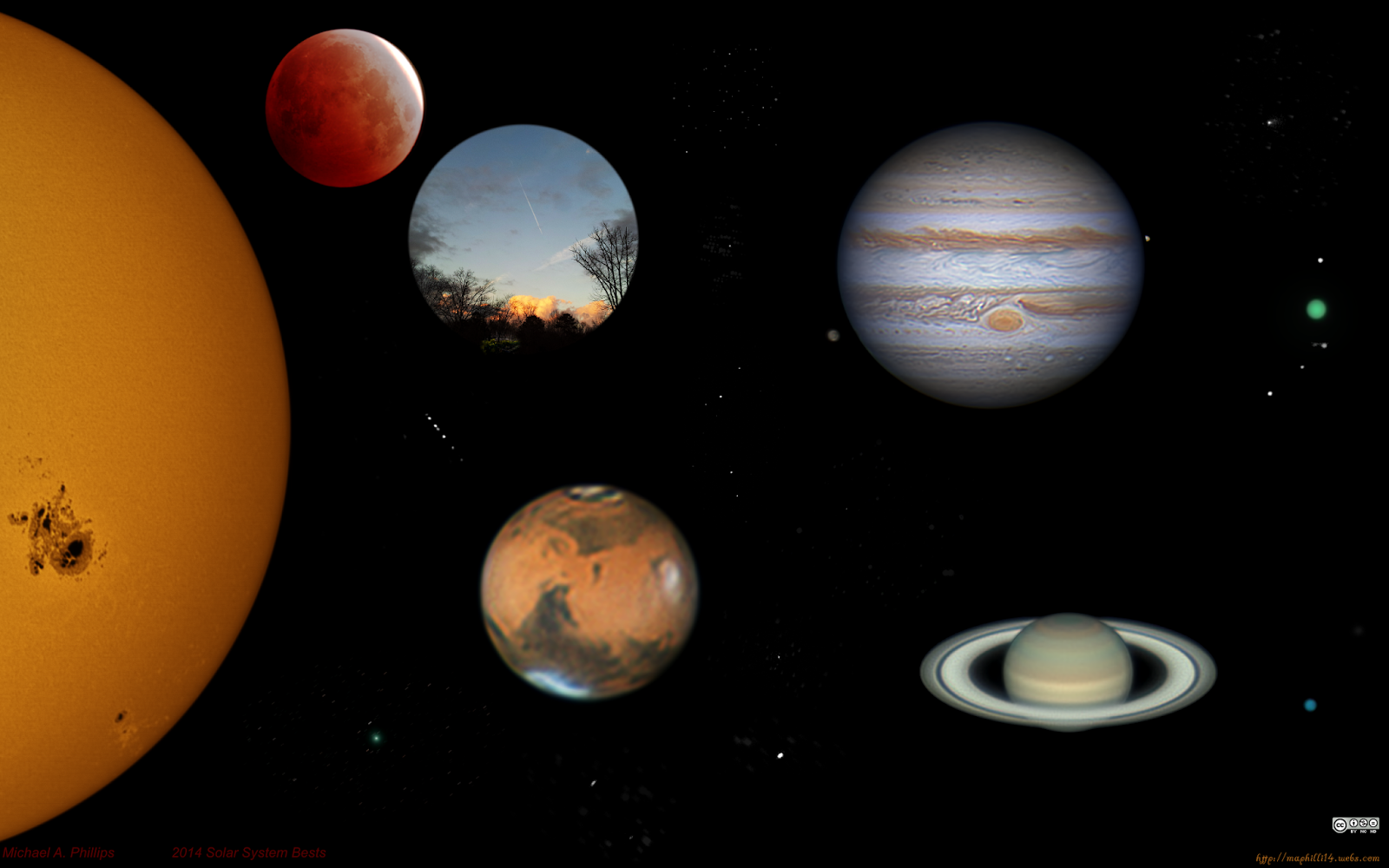 Here's the high res version with labels on imgur 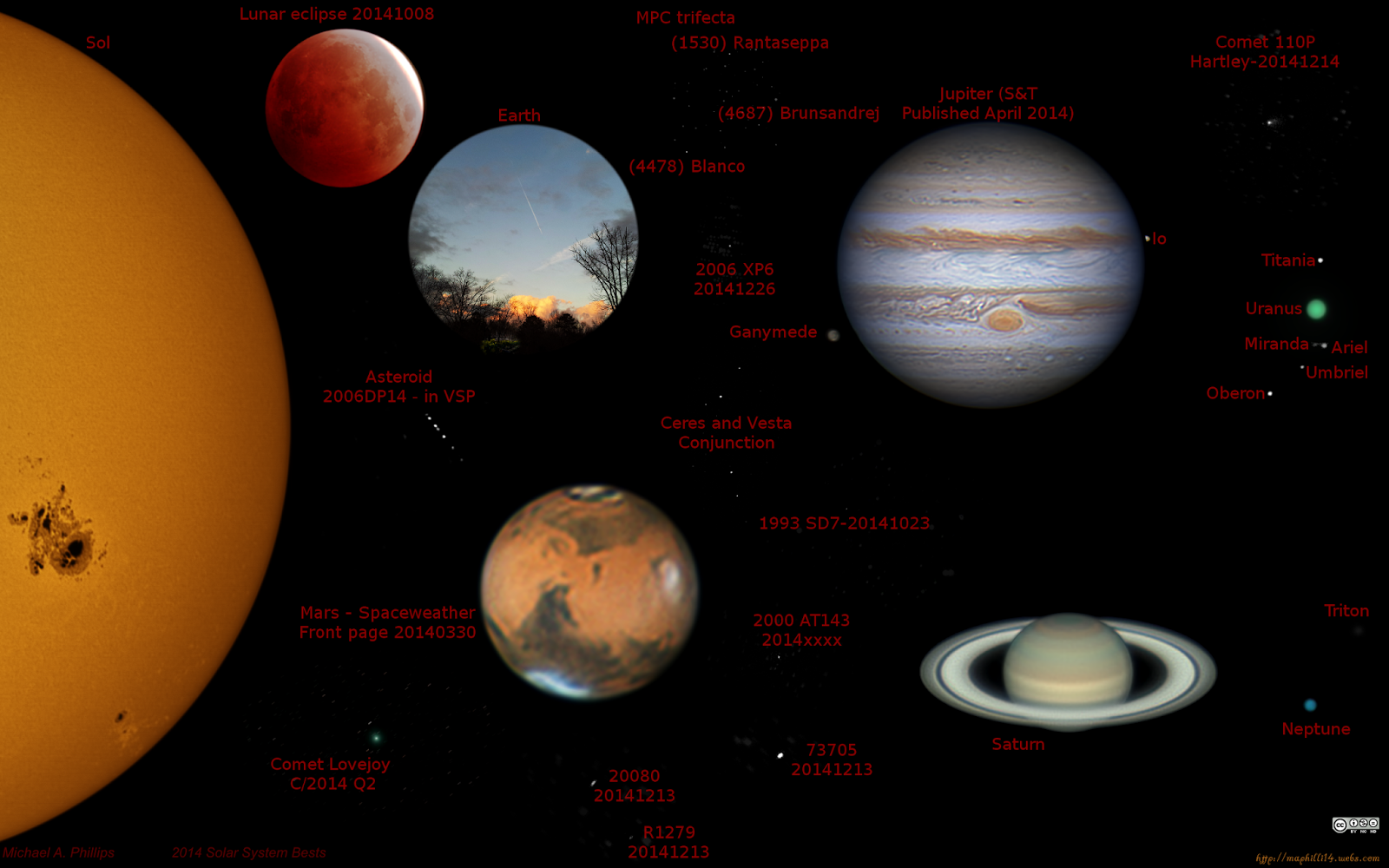 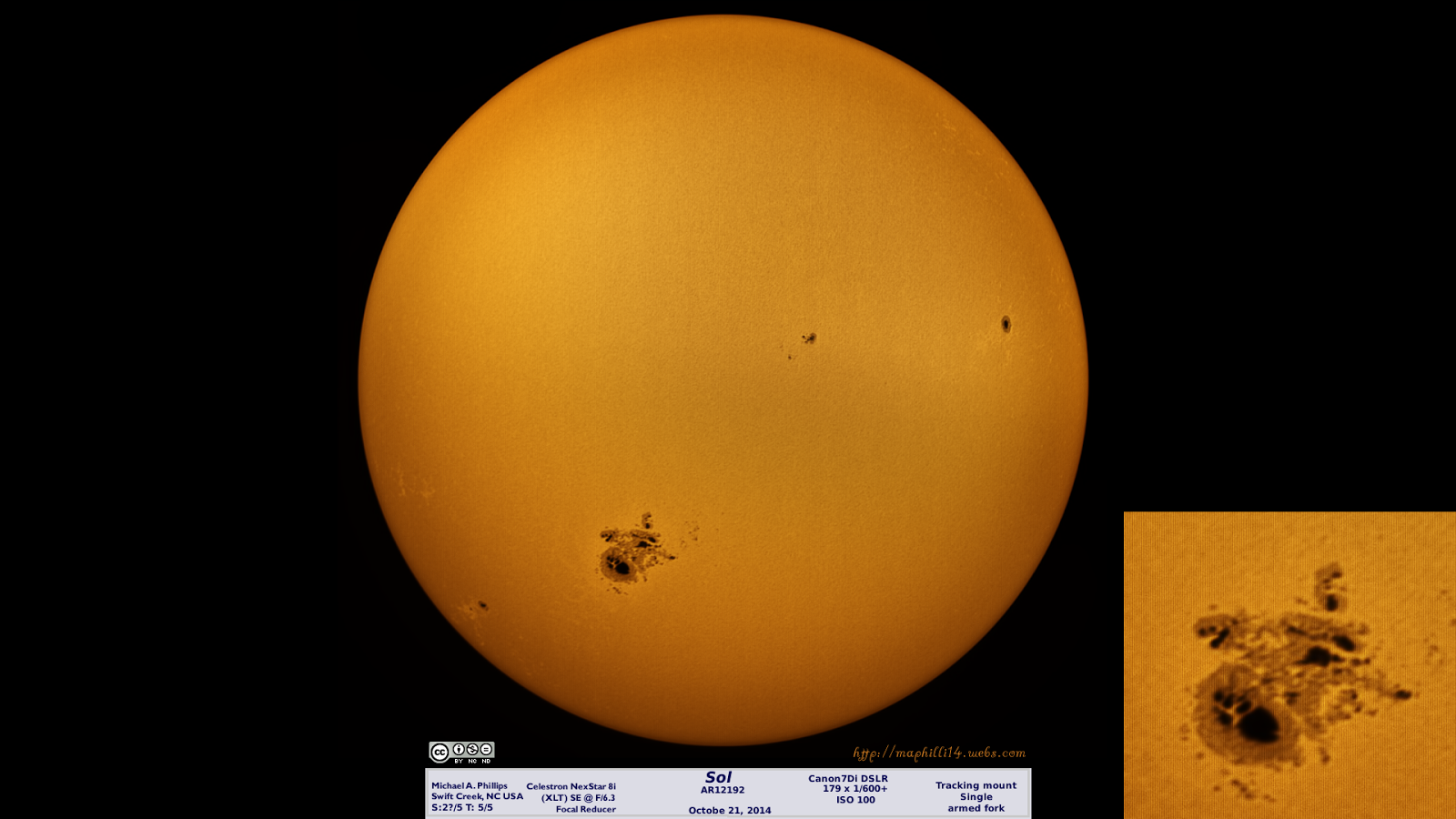 My other solar photos here


Earth via my amateur nature collection

This image was featured on the Spaceweather!

This year was the year of the asteroid as I got my MPC site designation by observing 3 asteroids in one field of view over 3 nights!
http://astromaphilli14.blogspot.com/2014/06/asteroid-trifecta-with-animation.html


If you enjoyed this post please check out my other work on my homepage:
http://maphilli14.webs.com/

Create Your Badge
Follow @maphilli14
Posted by Michael A. Phillips' Astro and related blog at 9:57 AM