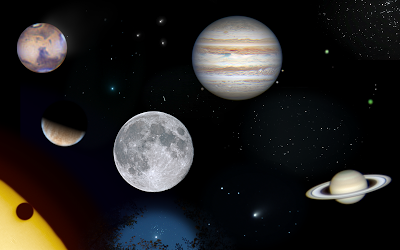 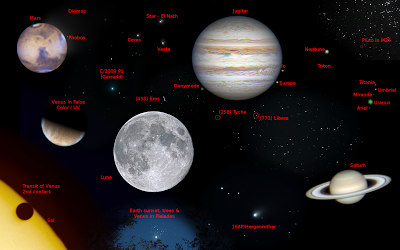 This is my fifth consecutive year and all previous are here: http://maphilli14.webs.com/solarsystemreviews.htm

This was Venus’ year beyond a doubt.  There was a transit that I was able to view and share with the world on our marathon +Virtual Star Party .  For me it was extra sweet as I added some seasoning to the Year of Venus with a wide field nestled in M45 Pleiades and a false color shot in InfraRed and UltraViolet.  For these yearly reviews that I’ve been doing since 2008 (Inspired by +Mike Salway ) I have always tried to pick the best single photo of a subject and represent it as a sort of mock up solar system family photo.  I felt like having three shots of Venus broke this standard I hold myself to.  I decided that the transit alone wasn’t enough to break this.  What forced my hand is that Venus is “the Roman goddess whose functions encompassed love, beauty, sex, fertility, prosperity and victory.” (http://en.wikipedia.org/wiki/Venus_(mythology))
What  made this fact important to me?  Well if you know me, my fourth child was born mere weeks after the transit.  Somehow it seemed fitting that my personal live overflowed into the grandness of this event.  Somehow these events blended a busy and energetic year for me and it stuck, a trifecta of Venus to sweeten 2012’s photo!

Other amazing things that rounded out my personal year were being featured in Google’s Virtual Star Party featurette as well as having the illustrious, Chris Go visit my house with many other local amateur Astronomers for a warm get together, the day after Google visited!

For the rest of the year’s fun, I found a love of the small things in the solar system this year.  I captured a record number of non-planets too.  Two comets, and four asteroids and two dwarf planets.  I had the pleasure of photographing Eros near it’s closest approach during a Google+ hangout with Dr. Pamela Gay ( +Pamela Gay ) !  Later it turns out that there was another asteroid lurking in the same field!  Yes a two for one with Eros and Tyche at the same time!

While I missed Mercury this year, I got Pluto which has been missing for me since 2009.

I had lofty goals of shooting Eris, the Pluto killer, but perhaps this is a 2013 goal now.

Noteworthy is that this composite photo consists of 17 separate observing sessions.  New objects not photographed for me before were, both Phobos and Diemos on the Mars opposition, as well as Eros, Tyche, Libera (a unplanned surprise near some galaxy clusters), both comets, and the grand Venus transit, which I missed with my 1st child in 2004!!!

Here’s the full list of images, some of which I will need to individually post in the coming months of 2013: